Today, the Nigerian film industry or Nollywood as it is more commonly referred to, is recognised as one of the biggest in the world. There are star actors, higher production values and the intensely enthusiastic participation of global audiences in the burgeoning film scene in the country. However, these advancements did not occur until recently, when it went from its direct-to-video hits in the Golden Era to its current state – the new wave, more controversially called “New Nollywood.”

New Nollywood saw films particularly distinguished by their enhanced narrative complexity, aesthetic value, and overall production quality compared to the films made during the video boom. While some films in this wave are still released directly on DVD, most are released theatrically to teeming fans via cinemas or streaming platforms.

What happened before New Nollywood?
Long before the Ini Dima-Okojies and Timini Egbusons of today, cinema for most people was in the form of playing companies and travelling troupes. They performed in various cities and attracted a huge crowd of faithful looking to unwind and have a good time. These plays, either funded by the court, church or audiences, were promoted via advertisements and posters disseminating information to potential audiences. 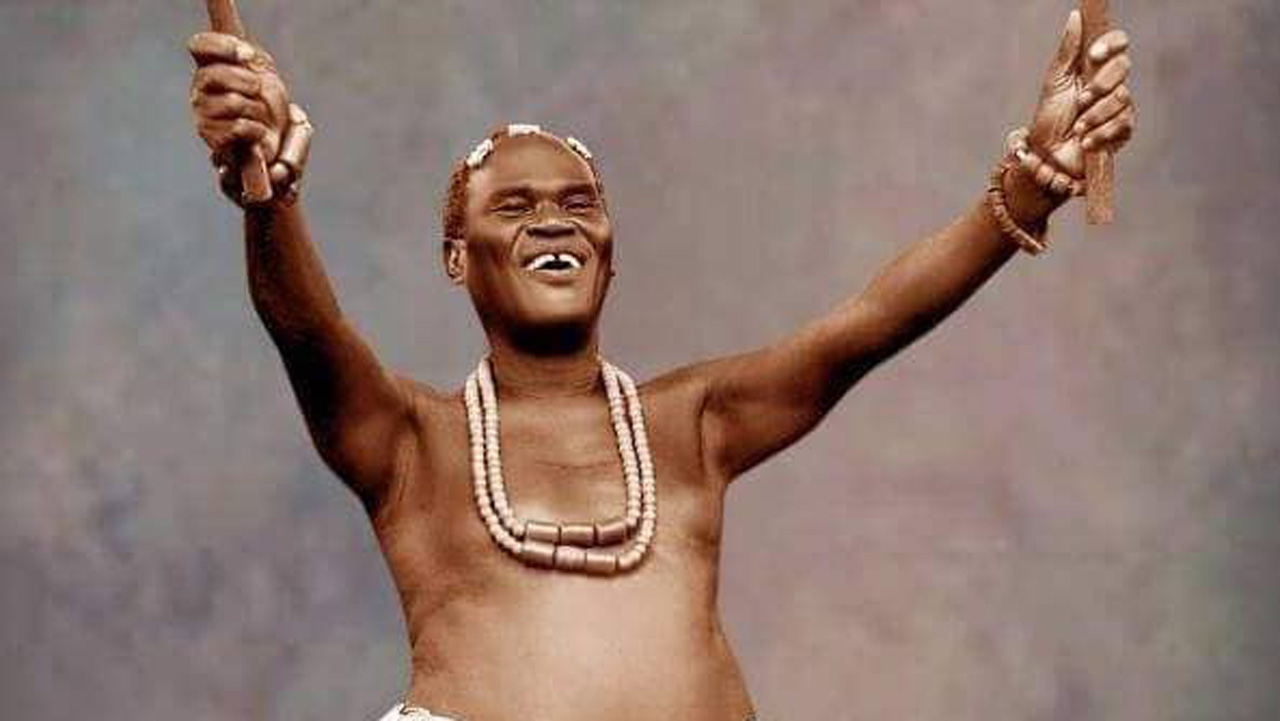 The introduction of technology made it possible for these plays to be recorded and screened in tiny picture houses across cinemas in the industry. As a result, the local content, especially productions from Western Nigeria, owing to former theatre practitioners such as Hubert Ogunde and Moses Olaiya, were on the big screen. This way, they reached a larger audience, and this saw a significant increase in the 70s.

By the 80s, the purchasing power of most Nigerians had increased (all thanks to the oil boom of the late 70s). This single action saw an increase in cinema visits as more people could spend more going to the cinemas. It also saw home television sets become a staple in Nigerian homes. The latter would then birth family television shows, and sitcoms created for families and revolved around the quintessential Nigerian home. These shows like New Masquerade, Basi & Company, to mention but a few, were riveting and aired at times when every family member was home from the daily hustle and bustle.

These television productions were later released on video, leading to the development of a small scale informal video trade, and subsequently the much talked about video boom of the 1990s. Despite all the success, this era of Nollywood was not easy as it was plagued with multiple errors. Like the oil boom was integral to purchasing power, its crash affected the industry as well. There were also issues revolving around lack of finance and marketing support, lack of standard film studios and production equipment and, very importantly, a lack of experience on the part of practitioners.

Also, owning television sets at home came with its problem – more and more households rejected the idea of visiting cinemas. It also didn’t help that the films produced during this era were screened over a single weekend, making them available on video immediately. Eventually, more families consumed films together as it had become inbuilt behaviour. These films were educational and taught the difference between good and evil, and already there was a culture of communal watching which made it all the better. 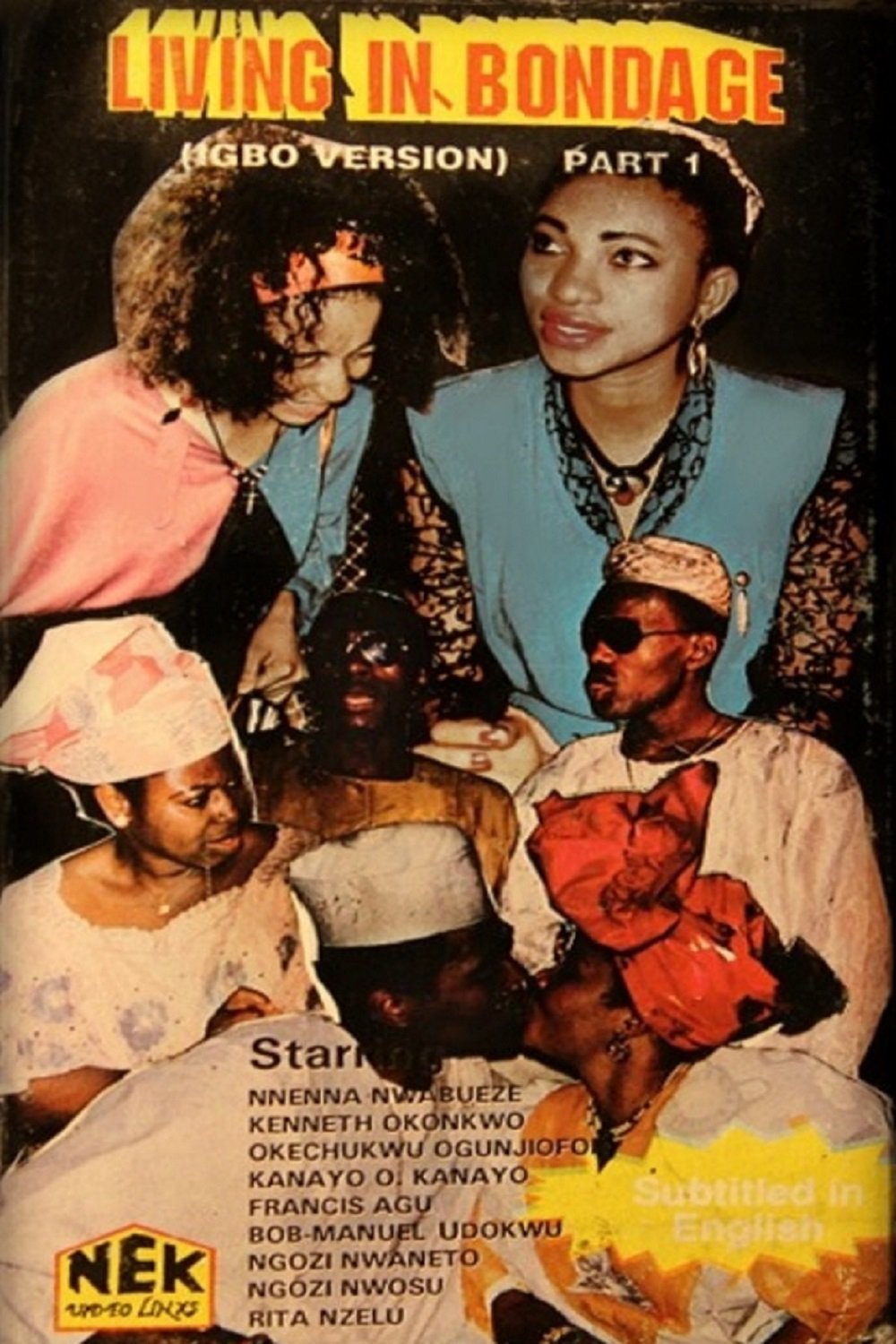 By the 90s, most cinema houses had collapsed due to a lack of activity. Churches acquired others that had not collapsed. As expected, video on demand was the thing, and films like Kenneth Nnabue’s Living in Bondage had paved the way for this. Video rental clubs thrived for families, and the allure was paying as little as N100 for a limited amount to a film.

Resting on the Shoulders of New Nollywood
New Nollywood may not have kicked in until recently, but its groundwork has been a long time in the works. Few years into the 2000s, there was a vibrant rebirth of cinemas designed for society’s middle and upper echelon. By this time, televisions were still trendy, and films went from VHS (Video Home System) to VCD (video compact discs). Nonetheless, more people craved some form of social interaction. The cinemas afforded them some level of social activity and a modified sort of entertainment beyond film watching, seeing as they were located in prominent and busy malls. The Silverbird Group was one of the first significant players here, opening up a high scale mall in Victoria Island, which had a cinema and other entertainment attractions. Upon Silverbird’s success, more and more cinemas erupted and spread into the less affluent neighbourhoods in the society.

Also, during this period, grants were provided by the government and various institutions to filmmakers to produce high-quality titles and aid proper distribution as piracy was eating deeply into the industry at that point. Some of these grants allowed filmmakers to take film courses and learn at prestigious schools. Other filmmakers tried to make breakaway films, which were quite different from the norm. These include Tunde Kelani’s Thunderbolt, Tade Ogidan’s Dangerous Twins and Mildred Okwo’s 30 Days.

By the end of 2013, the film industry reportedly hit a record-breaking revenue of ₦1.72 trillion. One year later, the industry was worth ₦853.9 billion, making it the third most valuable film industry in the world, behind the United States and India.

With New Nollywood, Nigerian films have been elevated from what they used to be in the video boom area. They have considerably bigger budgets, extended film production periods and are better equipped to take the storytelling up a notch. Also, a little freedom with the range of stories to tell was introduced. One could argue that New Nollywood may not have gotten storytelling better than its predecessors, but there seems to be time to correct that mistake if the industry seems willing to.

Another exciting thing that came with New Nollywood was video-on-demand platforms and pay-TV networks, another interesting way technology has helped the industry. Although cinemas are great for social activity, there’s an audience that either misses out on films due to their short stay in cinemas or just plain unwillingness to watch them. In 2020, Netflix launched locally in Nigeria and South Africa to prioritise content made by Africans. Since then, it’s commissioned a few original TV shows and films, most recently Kemi Adetiba’s seven-part series King of Boys: The Return of the King. Before its launch, the streaming giant had also been paying for content by Africans for streaming on its platform. 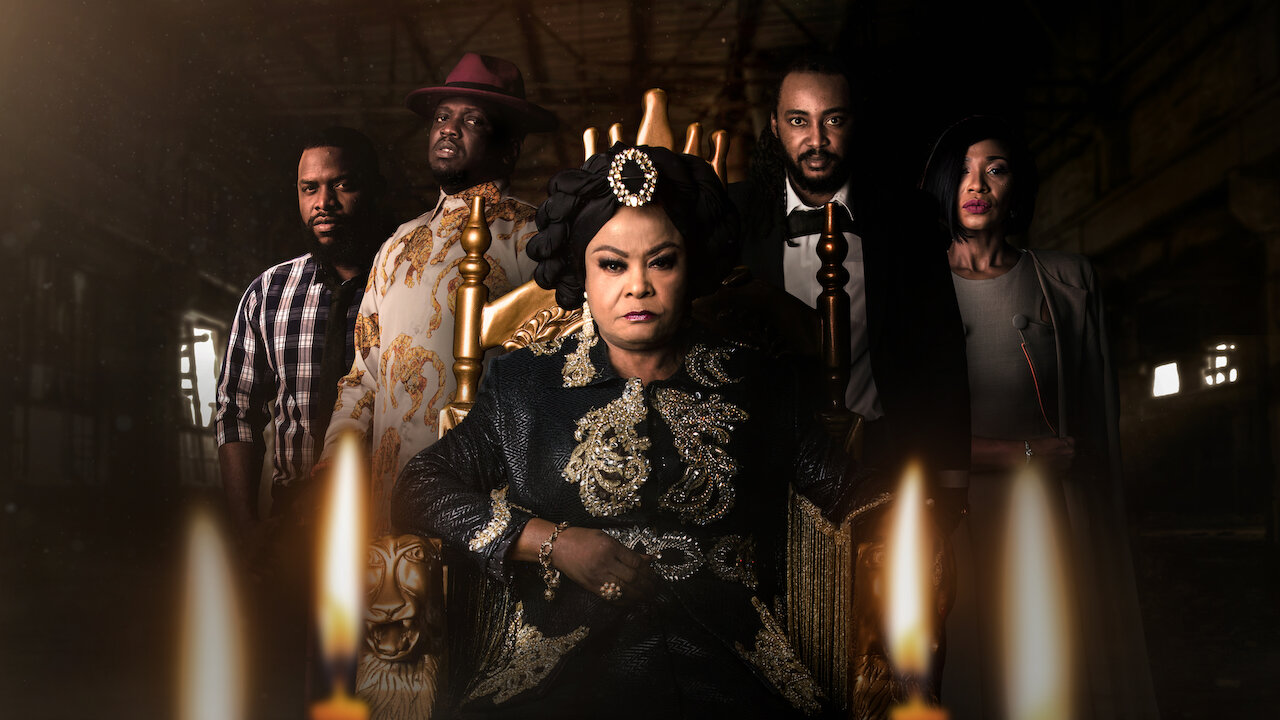 Before then, French television company Canal+ acquired the ROK film studio from VOD company IROKOtv for an undisclosed amount. According to a public statement released, ROK was expected to produce thousands of hours of Nollywood content to deliver films and original TV series for Canal+ Group’s audiences. These are just some of the many platforms accessible for film in Nigeria.

On Creating For New Audiences
While looking at New Nollywood and Old Nollywood, one thing sticks out – evolution. A lot of things have changed and created room for more. First was an evolution in cinema culture, then an evolution in technology which made and will keep making things better for filmmakers. As globalisation continues to affect everything, Nigerian cinema will not be left out. 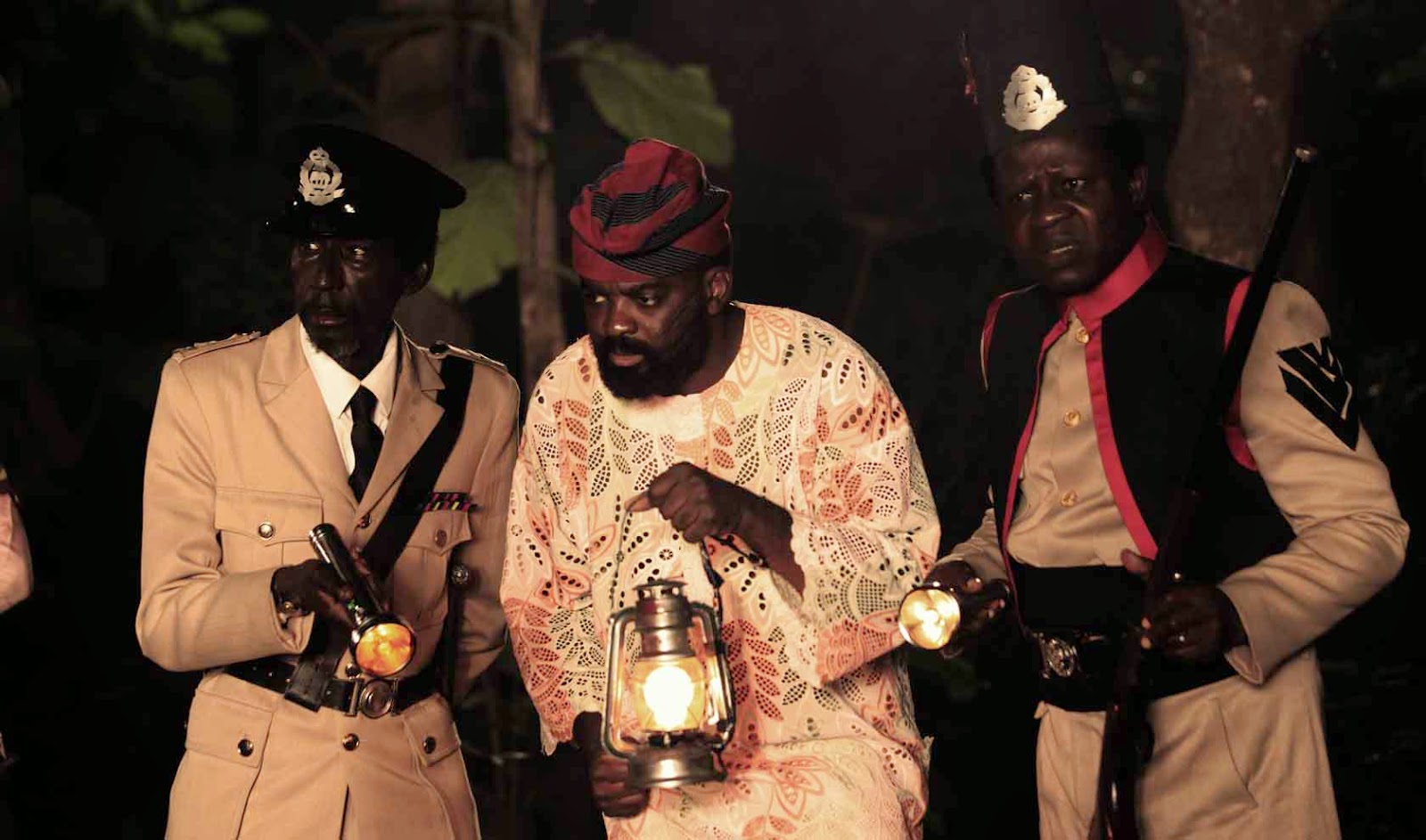 A scene in Kunle Afolayan’s Oct 1

The growth of Nollywood has created a demand for local Nigerian productions all over the world. With more and more streaming platforms archiving some classics, there’s constantly a demand for more Nollywood productions. This demand has seen big players step into the market in Nollywood’s attempts to make things accessible for audiences far and wide. And thanks to the internet and social media, memes from old classics like Tchidi Chikere’s 2014 comedy, Pretty Liars, have made their way to our pop culture today. That’s not forgetting the millions of videos and pictures from evergreen film characters Aki (Chinedu Ikezie) and Pawpaw (Osita Iheme) that have achieved global fame and sparked curious interest from foreigners.

Likewise, there’s a Y2K trend on Tiktok from the 2006 Girls Cot that is reminiscent of the Plastics from Mean Girls, and there are even themed parties from this era everywhere on social media. Things like this have created an interest amongst younger people to watch Nollywood, if not for anything, for context on the popular memes and gifs they use.

Also, one of the ways that Nollywood has also tapped into the power of globalisation is by featuring foreign cast members in their productions. In most cases, the goal for this is to corner a different, more diverse demographic. A good example is Biyi Bandele’s Half of a Yellow Sun which cast Thandie Newton, Anika Noni Rose, and Chiwetel Ejiofor in lead roles. While this strategy hasn’t entirely been successful, films like Namaste Wahala with Ini Dima Okojie and Ruslaan Mumtaz have benefitted from this.

Film festivals have also played a crucial role in discovering new audiences for Nollywood. In previous times, multiple films have screened at various festivals worldwide, with a slew of awards to validate the filmmakers’ efforts. In September 2019, Joel Kachi Benson’s Daughters of Chibok won the Best Virtual Reality Story at the prestigious Venice International Film Festival. Likewise, Juju Stories by the Surreal16 Collective recently won the Boccalino d’Oro Award for Best Film at Locarno Film Festival. Eyimofe, a Guardian Digital Studios (GDN) production, has since clinched awards including the Achille Valdata Award at the 2020 Torino International Film Festival. There are showcases reserved for Nigerian cinema for some film festivals to show off the structures, material, and people behind the relevant films from the country.

The Nigerian audience has been particularly receptive to the films in both eras. After all, film is but an essential part of our culture. Marketing efforts are geared towards getting them into the cinemas – seeing as it’s pivotal to profits for filmmakers and box office, which is also vital in determining the film’s journey – and whether it ends up on specific streaming platforms. In December 2018, the Cinema Exhibitors Association of Nigeria (CEAN) revealed that Nigerians spent N680 million watching films at cinemas between the 14th and the 31st of the month. While this data covers both Nollywood and Hollywood films and may not be an appropriate visualisation of the costs in Nollywood, it shows the opportunities that can happen when films become much better than they are today.

With all the growth that Nollywood has seen, it is easy to think that the industry is at its highest potential – it isn’t. Access to funds for filmmakers remains one of the biggest problems that the industry faces, with a lack of talents and story development coming behind. New Nollywood may have the better everything, but the golden era still had better stories. Nonetheless, the industry is growing massively, and there is room for further development. 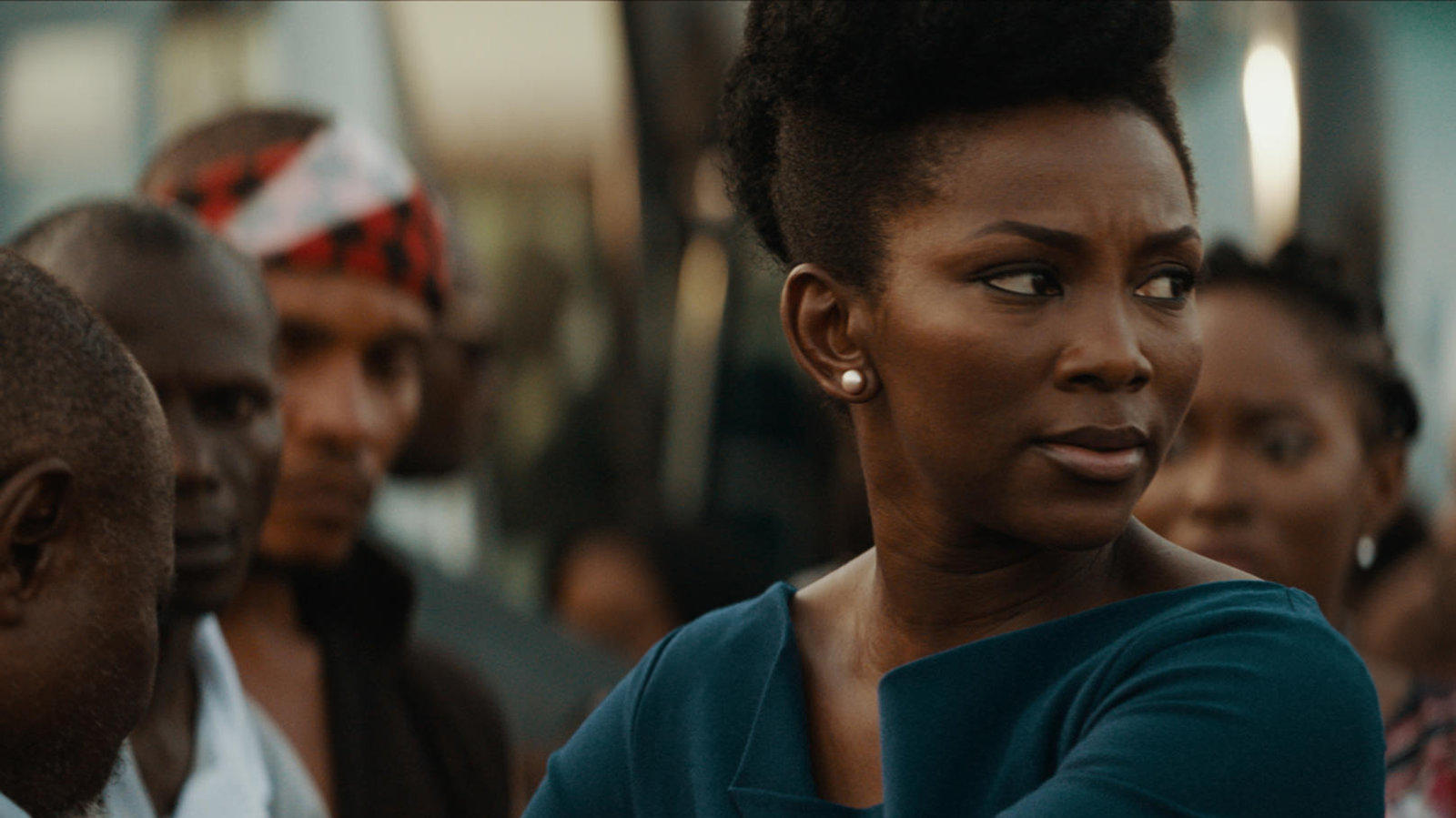 In 2019, Genevieve Nnaji’s directorial debut, Lionheart, was submitted as Nigeria’s first-ever submission to the Best International Feature Film at the Oscars. Since then, Desmond Ovbiagele’s The Milkmaid has also gotten as far as being the country’s submission but not making the shortlist. However, because of these opportunities, more filmmakers can dream of winning that category one day, and these are just some of the future aspirations for the industry.

Many Thanks To The following Website For This Valuable Content.
The Evolution Of The Nigerian Film Industry — Guardian Life — The Guardian Nigeria News – Nigeria and World News – nonenglishfeed