The mischievous smile on the face of Josef Rakoncaj does not disappear even after the age of seventy.

“Looking back, there was a moment at every event when you thought Bum, and you’re fucked,” Rakoncaj admitted with a smile to Sport.cz. generations of words and memories more slowly in the 80’s and 90’s, but the spark in his eyes shines on. “I’m doing what I did. I’m still going to the company, it’s a pleasure for me. “I look into the air. Height is simply my destiny,” he said mischievously.

As he calculates at the beginning of the book, Rakoncaj has made almost twelve thousand ascents on Czech sandstone towers, dozens of difficult ascents in the Tatras. In the Himalayas, in the Karakoram, in the Caucasus, in the Pamirs, in the Alps and the Dolomites, in Norway, Peru, Argentina, Canada, and in Alaska, it has conquered fifty-two peaks. He stood eight times at the top of the 8,000-meter peak, and in the Himalayas he has four first ascents to his credit, which no one has repeated to this day.

Year 1983. For the first time at the top of K2 alongside the Italian Agostino da Polenza (right).

When did he have the biggest handle on his adventures? “Maybe in the car?” He answers with a laugh. “You’re counting on the crisis situation when climbing. And the action on the edge was innumerable. 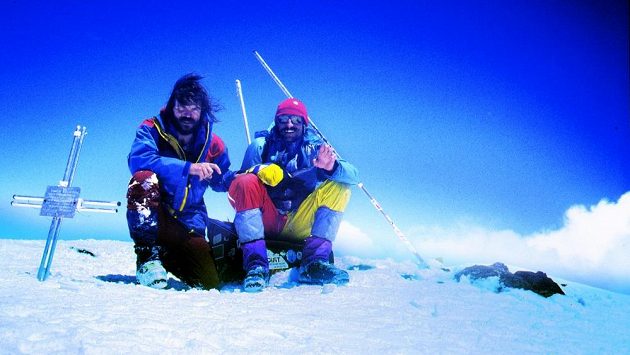 Apart from Antarctica, Josef Rakoncaj climbed mountains on all continents. With Miroslav “Lanč” Šmíd (+1993) at the top of Kilimanjaro in 1990.

Rakoncaj entered the history of world mountaineering with a double ascent to K2 in 1983 and 1986. The highest peak on the planet Mt. Everest tried three times in vain. But as he himself says, he would not change. “The ascent to K2 is exceptional. And the mountain itself is an ideal for me. A truncated pyramid on all sides, you can see a pointed hill everywhere, “he says firmly.

In addition, he follows the current events in the Himalayas and especially in Everest with sadness. “The exit route resembles a motorway and there is basically a toll for using a fixed road from the Sherpas. It is no wonder that tourists are moving there today. Hikers who pay for the mediated experience. From a sports point of view, it’s bad. He will let anyone interested there. I would like to see how many people would climb Everest if similar services were canceled, “he muses.

The great moments of Himalayan climbing, which, in addition to the famous Reinhold Messner, were also written by Rakoncaj himself, thus remain more of a nostalgic memory. “Especially on the Nepalese side of Everest, people are shouting about ethics, it’s a terrible degradation of mountaineering. The conflict between the Sherpas and the real climbers, who did not need their services at all, speaks volumes about everything. The clash of tradition and commerce was about life, the climbers were threatened with stoning. That’s crazy, “the Czech legend is angry. 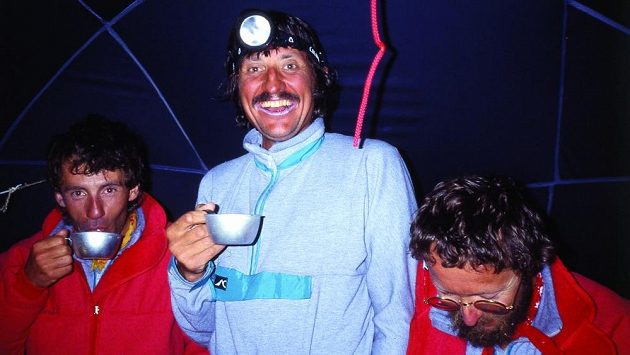 Euphoria after a successful descent can be boundless. Josef Rakoncaj (center) after defeating Annapurna in 1988.