We will know the winner of the renewed Czech Nightingale on November 19, but the organizers have already published a list of the twelve most successful names in each of the four main categories. This happened shortly after the end of the vote at midnight on November 5-6. The greatest curiosity attracts the singers’ competition, as its forty-two-time winner Karel Gott can no longer be included in it posthumously. His successor may be Marek Ztracený, Daniel Landa, Jaromír Nohavica, boycott Tomáš Klus, but also the controversial Tomáš Ortel. A slight generational change of voters is suggested by Pokáč, Mirai Navrátil or Ben Cristovao, who got to the top at the expense of the previously regularly scoring Michal David.

Ortel, whose medal success in 2015-17 provoked a number of stormy reactions and was probably the main reason for the four-year break in the survey, is also striving for triumph in the group category. Kabát, Kryštof, Chinaski and Lucie are among the traditional favorites, Rybičky 48, Dymytry, Slza, Mirai and Škwor will compete with them. There was no space left for the Olympic this time. Lucie Bílá is already striving for her twenty-first laurel among the singers, she can be threatened by the usual rivals Lucie Vondráčková, Ewa Farna or Aneta Langerová, as well as new challengers such as Eva Burešová, Lenny and Monika Bagárová. Surprisingly, at least one name is absent here – Anna K did not make it into the top twelve. But the musicians who appeal to the mainstream audience – Marpo, Lipo, Paulie Garand or ATMO Music – also succeeded. The pearl is the nomination of Řezník, who was disqualified from the Internet Star category in 2013 due to the vulgar content of his compositions for generous media responses. 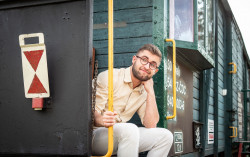 Fans will also decide on the discovery of the year – only in this one section will they be able to vote during the live broadcast. The winner will be someone from the trio Annabelle, Bert & Friends and Michal Horák. “Halywůd” (Kryštof), “Another Night” (Jelen) and “Moje milá” (Marek Ztracený) can become the most popular songs of Impuls radio listeners. This year, the poll is held for the first time under the patronage of Karel Janeček, voted by the so-called D21 method. According to the organizers, a record 210,000 people took part in it, distributing a total of 1.6 million votes across the categories. Ondřej Sokol and Aleš Háma will present the ceremonial announcement from the Karlín Music Theater on 19 November on the TV Nova screens. Ewa Farna, Kryštof, Marek Ztracený, Jan Bendig and others will speak. The most successful performers in the main categories in alphabetical order: Singer
Václav Noid Bárta
I’m Cristovao
Vojtech Dyk
Tomas Klus
Richard Krajčo
Daniel Landa
Mirai Navrátil
Jaromír Nohavica
Tomas Ortel
Come on
Josef Vojtek
Marek Ztracený Singer
Monika Absolonová
Monika Bagárová
Lucie Bílá
Eva Burešová
Ewa Farna
Marta Jandová
Aneta Langerová
Lenny
Olga Lounová
Martina Pártlová
Lucie Vondráčková
Hana Zagorová Band
Chinaski
Wild Bill
Dymytry
Present
Jacket
Christopher
Lucie
Mirai
Ortel
Fish 48
Škwor
Slza 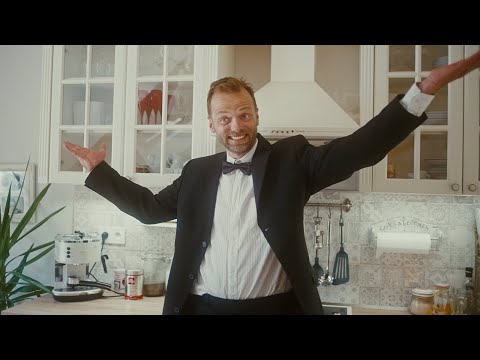 The Czech Nightingale presented the most successful performers of this year