“One Thousand and One Nights” is already Martin Chodúr’s fourth studio studio, but from a creative point of view it seems to open a new chapter in the singer’s career. The Beskydy musician here not only adds a sophisticated concept to the musical diversity, but also comprehensible song content.

Martin Chodúr certainly does not have to convince anyone of his interpretive qualities, after all, it was his characteristic strong voice that helped him to triumph in the well-known singing competition in 2009. Although she played a significant role in his career by opening the door to a larger audience, otherwise there is no other reason to mention her in connection with his name.

The Ostrava native has been following his own path for years, which misses the glittering television. The debut “Let’s Celebrate” from 2010 was still a great commercial success, the other two series “Manifest” (2012) and “3” (2015), as well as the holiday record “Hallelujah – Christmas Songs and Carols (2018)”, but they did not target ordinary medium-sized consumers. Not perhaps because Chodúr would somehow distance himself significantly from popular music. For the Czech majority listener, however, his artistic world seems complicated, he would like to write too much intellectual. It does not reflect modern pop, but fidelity to the traditional one, which has virtually disappeared from the mainstream charts in recent decades, with a few exceptions. The album “A Thousand and One Nights” is different in this respect than the previous one. In addition to music and lyrics, the versatile musician also prepared all the arrangements and recorded several instruments himself – in addition to guitars, piano, saxophone, transverse flute and clarinet, he also reached for synthesizers. In researching how to stay true to his authentic creative feeling and at the same time offer a certain attractiveness, he came up with an imaginative concept borrowed from legendary oriental stories. Like the legendary Scheherazade, he tries to keep our attention by describing various plots. Above all is a central theme stretching across the board – love between a man and a woman. Outside this unifying line, however, such a concept allows him considerable genre and content diversity. It allows him to dance with ease in the unexpectedly relaxed and playful tones of the songs “Secrets” or “ON”. His voice is just as good as the poetic-dramatic touch of the piece “Gemini”, but also the more civil narrative form of the title composition. It hides one original forks – he sings in it about the palindrome, ie an element that is read both from the front and from the back, while he himself uses the palindromes not only in the text, but also in the structure of the melody.

The single “Beskydy v mlze” provides space for bossa nova, a genre that Chodúr has been looking for in the past, and it also has a stormy guitar solo. The metaphorical depiction of the misty Beskydy Mountains, which become a parallel to love games, is also inventive. The author works with many cultural references, often taken from literature – whether it is Aladdin and the genies in the bottle or philosophical ideas. In the song “Chopin in Valldemosse”, whose refrain he cleverly tailored to his vocals, he then draws on the fate of two personalities of classical music.

“Every night and every day someone is born to poverty, someone is Chopin in Valldemosse, someone is a deaf Beethoven,” reminds of both genius composers, although kissed by lucky talent, but limited by health. In another part of the text, he even reflects on “how to write ‘Ode to Joy’ in silent hell, laughing out loud for endless anger”. Chodúr’s creative abilities go beyond the time, as evidenced not only by the surprisingly flamboyant melody of the song “Romance?”, Which ranks at the top of the album. They are not afraid to incorporate various unusual sounds into their compositions – for example, the voice cipher hidden in the almost existential song “Hidden Faces of Lovers” developing a hopeless thesis: “There will always be a whole world left in every human thought.” “Little people” include the voice of his five-year-old son. The fact remains that the performer’s deep voice, atypical for contemporary pop, may not suit everyone, just like the old-fashioned nature of his work. He does not deny this even in the story concept, which welcomes a wider audience. However, it is difficult to question that he has matured as an author of popular music. In this respect, he is today one of the most prominent personalities of his generation. 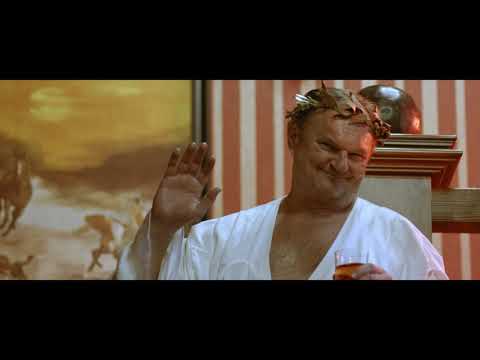 So far, the legitimacy of these words has been evidenced mainly by the list of stellar names for which Martin Chodúr composed – from Karel Gott through Hana Zagorova to Štefan Margita. Now the most eloquent argument is the album “A Thousand and One Nights”.

REVIEW: Martin Chodúr’s authorial talent is in full bloom on the album “A Thousand and One Nights”