Isama Zing is a chameleon with fun in connecting the world of electronics with the acoustic. His concept of vocal lines is universal, yet imaginative in this space. He also proves this on the album “Blurry AF”. It’s a rugged, multi-layered record that will literally engulf you with its passion.

If you look at the list of what Jonathan Pastirčák has managed to create in recent years, you will not be surprised by how his album “Blurry AF” sounds. As Pjoni, he took part in several projects, is a close collaborator of Katarzia, had fingers in the studios of the bands Zrní and Zvíře called Podzim, and also wrote soundtracks for films and theater performances. His second project Isama Zing next to it all rather (apparently) slept and since the release of the purely instrumental (nameless) épéček from 2017, he has slowly drawn new inspirations and influences. Thanks to all this, “Blurry AF” can offer – without exaggeration – a musical feast for your hearing systems.

It is a collaboration album in which each guest has a share. Jana Belišová opened the world of Romani music to Jonathan more – she is a collector of authentic songs and ballads, which, if not her, might have completely fallen into oblivion. The collection at its core does not lack a feeling for electronics, Isama Zing does this mass interspersed with noises, samples, keyboard surfaces, but also acoustic instruments (whether it’s a dulcimer in “Euphoric AF” or a broken sitar sound in “Addicted to the Fiction”). From the first bars of the enchanting opener “Žehra”, the author gradually attracts you to his sound paintings. Irena Pokutová’s vocal solo is, in a way, a narrative interlude to other parts of this set. Aid Kid participated in the composition, with whom Pastirčák apparently found common ground in terms of very detailed work with musical fragments and their connection. A similar principle probably gave rise to “Blurry”, where Oliver Torr’s approach and Irena Pokutová’s and Béla Pokut’s vocal connections meet. The opposite of them is the calm, piano-interwoven ballad “Sacred Cow”, to which Johana Belišová inspired an angelic glow. The already mentioned “Addicted to the Fiction” is also an unheard of point. It was sung by Milan André Boronell, which gave her a soulful expression. “Gone Earth” is an almost jumping track thanks to its playful breaths. Its raw uncombed to awkwardness is the opposite of probably the most pop, the sleek song “Spit into the Pit,” inspired by Ela Tolst of Tolstoys. However, “Blurry AF” will also offer purely instrumental dividers. “Once upon a Midnight Dreary” is a gloomy mood, “Hektik AF”, on the other hand, is a bustling sprint that can deceive you: if you listen to it half-heartedly, it can seem to break the integrity of the recording. The final “Interlude” is the completion of all the hints and reverberations of the moods depicted in the previous moments. 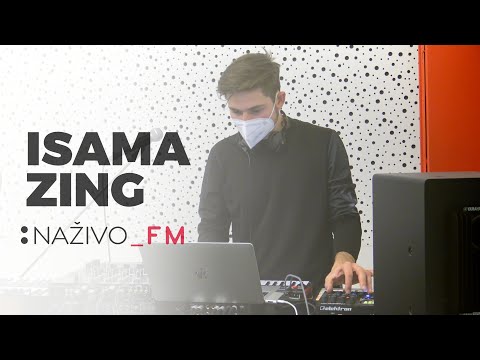 In one of the interviews, Isama Zing mentioned that in making electronic music “you just have to be careful that life stays there”. He definitely succeeds at complying with “Blurry AF”. At the same time, it discovers new possibilities. The result is a very fragmented opus that can easily lead an unfocused listener into a dead end. Thanks to the guests present, however, they always manage to find the right direction from a seemingly elusive bustle experiment. With its concept, this work is destined for repeated listening, during which you will discover individual contours and connections. It’s just a sound eccentric and unique design for the brave. But whoever undergoes it will not regret it.