Lenka Nová probably imagined the period of the album “Letters” completely differently. But in the end, it is precisely the difficult time that has played a significant role in the fact that the singer’s fourth solo album last year affected the listener so much. The concert at the Prague Jazz Dock indicated that this kind of writing had not yet said the last word.

place: Jazz Dock, Prague
date: October 27, 2021
setlist: To the younger self, To the sand, Forty, And the old wounds do not hurt, It is already felling in our forest, Midsummer night, Leaves, New call, Together, From the roads, I miss, Mom, Dad liked Lida Baar, Bath full of violets, Address: Nebe How the guy looks at me, Happy birthday, For God ‘s sake

The photos are for illustration only, we did not have a photographer at the concert.

“We released the record last spring about two weeks after it all closed.” The artist, originally from Brno, introduced the story of her last studio film to those who would not happen to know him. And while the dates of the themed concerts kept shifting for known reasons, the inner statements of the “Letters”, inspired by real letters from fans, matured and took root.

In the Jazz Dock, all the musicians who took part in the music of the recording met on the stage. In addition to pianist Petr Malásk, with whom Lenka Nová only performs in pairs at some events, guitarist Josef Štěpánek, bassist Rasťo Uhrík and drummer Miloš Dvořáček were also present. Thanks to this, the singer’s repertoire could be absorbed by the newcomers in an arrangement jacket, which naturally harmonized with the atmosphere of a glass jazz club with a night view of the Vltava. The artist, who has been part of Laura and her tigers for twelve years, introduced most of them live letter material. She sang about everything that life brings – loves, losses, changes and disappointments. Sometimes with warm nostalgia, other times with a slight irony and foresight, but always with a unique experience. She addressed her songs to ordinary mortals even up to heaven, in one case even to God Himself – albeit with the knowledge that “maybe we have the wrong address”. Perhaps the songs inevitably made everyone present to think, because their themes are really based on everyday reality. Which specific pieces from the New repertoire affect the listeners and how much, therefore, depends a lot on the life stage in which they are currently located. 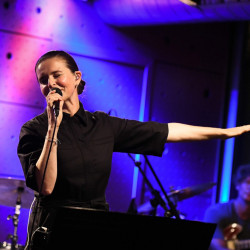 “You know, all you’ve learned is a collection of bare nonsense, light is dark, black is white, who preaches good, serves evil,” she opened her eyes to “Younger Self” in the first song. In the contemplative “Together” she again calmly and lovingly recalled the moments when “We felt warmth on our faces and wind movements in our hair and the sudden joy of being together”, in short, those on which “can not be forgotten”. It doesn’t matter that she doesn’t write the words herself. With his sensitive interpretation, he breathes life into individual stories and ideas. It takes place by the listeners right in front of the eyes and they become almost tangible. In the past, the collaboration with Michal Horáček, whose lyrics also formed a substantial part of the repertoire, proved successful – whether it was the popular song “A staré rány does not hurt” from the project “Český kalendář” or songs from the album “Čtyřicítka”, which was created in the creative tandem Nová-Horáček. It also seems that time adds value and strength to those, which was shown, for example, in the song “I Miss”. In it, the main actor of the evening confessed that “what I’m missing, more every year, is my teddy bear with one eye”. 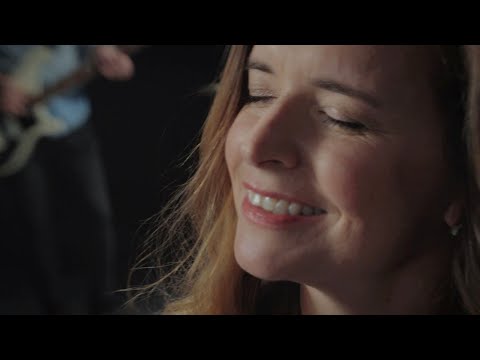 The performance was divided by a twenty-minute break, after which the beautiful statement “From the Journeys” sounded through the hall only accompanied by an acoustic guitar. This is how the chamber conception of the New Extremely suits, because the civility of its expression stands out in it – a property that makes sense why it does not feel like a chansonnier, even though it is sometimes referred to as such. 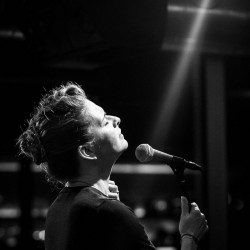 In her case, we don’t really encounter a dramatically articulating actress on stage, which is a role that belongs a bit to this concept in the domestic understanding. Rather, she appears as a simple woman of the people, a person of flesh and blood. In the second half of the evening, she paid tribute to Hana Hegerová with several songs, who would have celebrated her 90th birthday a few days ago. It was not an empty gesture in her case, because she had Petr Malásk on the left, the man who had accompanied Heger for years. However, the mentioned theatricality, for example, requires such an “All the best”, which occurred in addition,. Therefore, it can be stated that the singer’s own repertoire suits the most, and it is a pity that there is no space left, for example, for the excellent “Last Night”. The evening spent in the company of Lenka Nová was a warm, friendly and cordial evening. This was despite the late start at ten in the evening, which surprised the performer herself. “I thought for a moment that I would not come,” she joked between the songs. 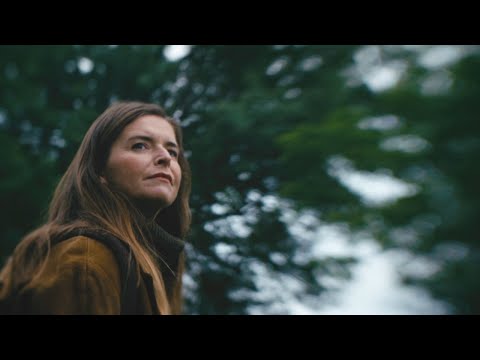 Due to great interest, they will perform at the same venue on Sunday, October 31, tickets are available still on sale. The imaginary mailbox will open this time at 9 p.m. And you can be sure that the pages of these “Letters” don’t just turn yellow.