The EP consists of seven tracks and contains the single The impossible.

We reached Sofia Tornambene which was told between memories, the new artistic project and future projects.

Let’s start immediately from the present, your EP Dance Mania Stereo Love is out, Sofia can you present it to our readers of AllMusicItalia?

DANCE MANIA Stereo Love it’s a really special project for me, not only because it’s my first EP, but also because it allowed me to dig deeper into myself. I loved every moment of writing the record, we spent unforgettable moments and I hope it can accompany those who listen to it by letting themselves be overwhelmed by the music.

The new album marks an artistic maturation, a change of sonority that leaves behind more acoustic pieces to a great production of Maestro who is also co-author of the songs. Dance Mania Stereo Love is a pop dance album in which in addition to the sound there is also a particular care for the lyrics, can you deepen this aspect?

Well this album marks a new chapter in my journey, I would just say that I have grown up. I think that music is the mirror of our soul and that it too has changed with me. Maestro played a fundamental role, we were able to immediately get in tune with the lyrics as well as the sound. I don’t like to explain the meaning of my songs, I prefer to leave this margin of freedom to those who listen to them, so that they can give vent to their imagination and let themselves be carried away by emotions.

The song “Solo”, released last year seems to me to be the link between the two styles, the transition from acoustic songs to pop dance. Correct?

Let’s say yes, Solo it was the first song I wrote together with Maestro and that started the realization of the EP.

The first excerpt from the EP is “The Impossible” which has a text focused on an inner path that matures and finds its turning point.
“How beautiful is the world / Things I will never know / You know loneliness / It is what closes in me / even if I never really had you / I see you / I feel you behind everything” until you get there to “How beautiful is the world / No it is not possible to race against time to return to you and tell you how beautiful the world is / Follows the impossible / It is only a word made to bring me to you / And to tell you that I am there still behind everything “
It is a beautiful message that comes from you, what prompted you to write it?

The idea of The impossible came to life during quarantine.
It was a flash inspiration, enclosed in 2 days of study with Maestro ed Eiemgei. I was going through a difficult moment, you know, when everything seemed to collapse on me the song was like a mantra, I hope it can be also for those who listen to it.

The musical part is very present in the songs and at times it seems, at first listening, to dominate the text but it is not so, it is at the service of it. The texts are very accurate and must be listened to well. Are they born first from the textual or musical part? Or do you compose them together?

As far as writing is concerned, it is usually natural for me to start from the musical part, usually it is the melody that comes first. It must be something that stays in my head and already from that sound a word can often be formed and so on. Often they are born together but not necessarily, sometimes even just some keywords are enough to unleash an entire concept even before having started playing.

Personally, the whole EP intrigued me, you catalyzed me in listening. Besides “The Impossible” I was struck by “Well so”, can you tell us how these songs are born?

They are both my favorite EP songs. I can’t tell you how or why they are born, often there is no real story behind each song, sometimes it was enough just to make a round of chords or hum a melody to then give life to the songs.

Let’s take a little step back, what’s Kimono about on this album? 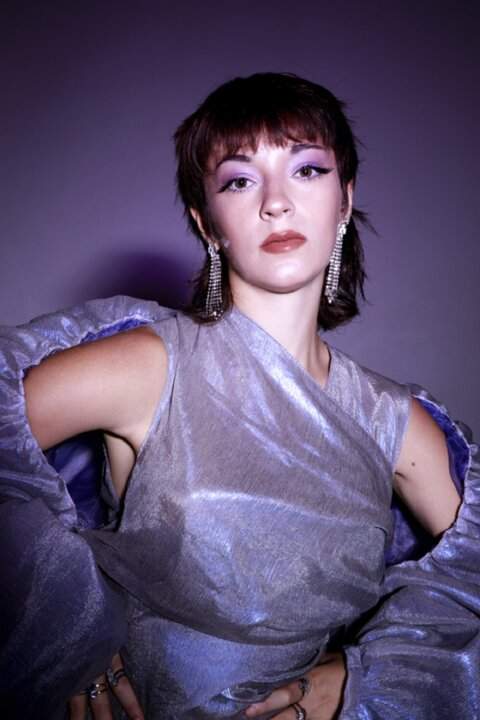 In your television experience you distinguished yourself in Sanremo Young by reaching the final and winning X-Factor. Your paths have been very interesting and you have had the opportunity to be able to perform several times on TV in prime time, do you think this can help emerging artists to reach the general public?

Well surely they have all been experiences that have shaped me both from a human and musical point of view and that have opened up many possibilities for me so I think they are excellent showcases for emerging artists.

Are you a young artist, would you recommend these paths to another young person who wants to approach the world of music?

Yes, obviously it depends on the path the artist wants to follow and you have to be careful to always keep your identity.

The two experiences (Sanremo Young and X-Factor) are very different from each other and I think they left you with different memories and teachings. Can you tell us about them?

Both were wonderful experiences, they gave me the opportunity to meet great artists.
Sanremo Young made me get on one of the most magical stages, that of the Ariston, while at X Factor I was able to carry on my music.
I would never be able to fully tell the things that have happened in these years and all the emotions I have experienced.

In writing I have always been a bit nostalgic, I love to tell about love, but I would also like to be able to get some important messages.
As for who I would like to collaborate with I would tell you 070 shake, is a very strong emerging artist.

We close by looking to the future, can you tell us something about your projects?

I would certainly like to bring DANCE MANIA: Stereo Love live, go back to singing on stage.
I am already writing new music so I will work on a new project and then we will see where the music takes me.

Interview with Sofia Tornambene: “DANCE MANIA Stereo Love is a project that allowed me to dig deeper into myself”