One night, one bar. A sleepy party of actors after the performance will be disrupted by a visit from an uninvited guest. The atmosphere is full of cowardice, vodka and thickens along with increasing clouds of cigarette smoke. The characters are breaking … Black comedy At the August premiere, the occupation of director Michal Nohejl captivated with its visually refined style and suggestive mood, and it will be screened internationally on November 18 at the Black Nights Film Festival in Tallinn. An integral part of the film is an engaging musical accompaniment, in which members of Kill the Dandies in particular took part! The soundtrack to the film Occupation will be released on November 26 in the form of a double LP. The limited edition contains, in addition to two colored vinyls, also a unique poster signed by the actors and a baptismal ticket. The film soundtrack for the film Occupation was released as part of the premiere of the pilot song “How to Hold a Gun”. “The original assignment was a concept based on the Russian folk composition ‘Katyusha.’ But the idea underwent many changes, especially as we began to delve deeper into the story and aesthetics of the film. they appear by chance, “ says Hank member J. Mancini and singer La Petite Sonja adds: “The song is about an unbalanced relationship between a younger and an older brother. We had no idea how current it would be in terms of current events.”

Advance album sale will be launched on November 5, along with the release of the single “The River”. La Petite Sonja adds: “The song ‘The River’ is a partial paraphrase of the ‘Katyusha’ mentioned in the film. The original Russian song is about hope and all-powerful love for the homeland. Ours is a dark ballad about death that doesn’t shine even on the purest feelings. “

The soundtrack features a pilot track of “How to Hold a Gun” in three versions, including a Russian one, sung by Ukrainian actor Alexei Gorbunov, a representative of a drunken Soviet army officer. In addition to this and other songs Kill the Dandies! the collection also includes songs by Madhouse Express, Metronome Blues, Old Folks House, Thee Lazy Eyes, Wounds of the Body or Beps’n’Johnnies. The stage music for the film was composed by La Petite Sonja and Hank J. Mancini under the banner of the Disco Ocultista project. Their remarkably airy and tight songs make up more than half of the collection. Hank J. Mancini adds: “Director Michal Nohejl works in a similar style to us. Very intuitively and spontaneously, with a strangely perverted sense of humor and a certain disrespect for authority, but at the same time with a fascination with classical aesthetics.” Like the film itself, the music ignores the notorious normalization gray and offers a magical, impressive and colorful alternative to it. A resistance the world has never seen. The album “Occupation – original film soundtrack” will be released on Friday, November 26 in the form of 2LP and also in a digital version. The album is placed in a folding gatefold cover and both vinyl records are decorated with a different color. The album will be christened at two concert evenings, on January 20, 2022 in the Prague club Fuchs2 and on February 10, 2022 in the Brno Cabinet of Muses. 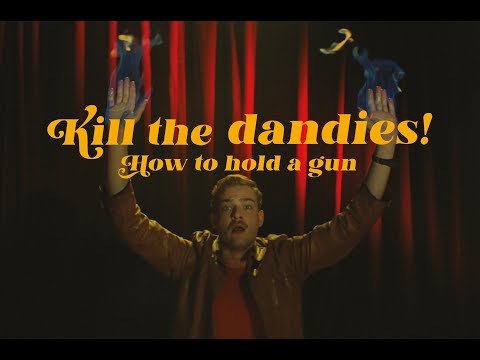 Great music can also be played in the occupied bar. A unique vinyl edition of the soundtrack to the film Occupation is released