From October 29, 2021 is available on all platforms strumming the soundtrack of the film Freaks Out, composed by the musician Michele Braga and the director Gabriele Mainetti. From the same date, you can buy in pre-order Freaks Out Original Soundtrack in double vinyl version.

He film Freaks Out has been in cinemas since October 28, 2021, distributed by 01 Distribution. Michele Braga e Gabriele Mainetti they worked on the soundtrack, making it an absolute highlight in the film. The two have combined elements of our musical tradition with a more contemporary sound, also passing through the reinterpretation of great classics.

Freaks Out, between tradition and contemporaneity

The refined sound mix between different musical genres makes the soundtrack suitable for the story of the film that combines history with fantasy. Tradition and contemporaneity are the elements that intersect each other within the whole story. Thus, the viewer is transported to a real other dimension. All the details have been analyzed and defined with great research, finding a specific stamp and theme for each character and for each key moment of the film. The union of the story with the soundtrack makes the journey that is undertaken with characteristic and spectacular Freaks Out.

Edited by Curci Editions e Goon Films, the soundtrack of Freaks Out was orchestrated by Emanuele Bossi. The music was performed by Czech National Symphony Orchesta from Prague, directed by Marek Stilec. The mixing was done by Goffredo Gibellini at the studios of Digital Records.

The soundtrack won the prize Soundtrack Stars Award 2021, on the occasion of the 78th International Film Festival from Venezia. The award decrees the best soundtrack among the films in competition. Now, the soundtrack is available in digital format, under license from Carousel Records. 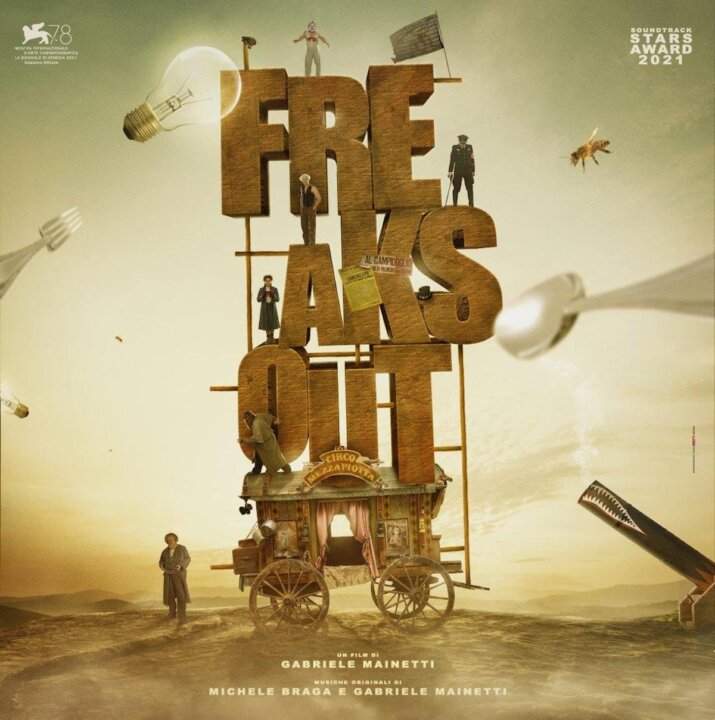 Below you will find the tracklist of the digital version of Freaks Out Original Soundtrack:

The double vinyl of Freaks Out Original Soundtrack has been on sale since November 12, 2021, with exclusive content. Below you can see the back of the vinyl. 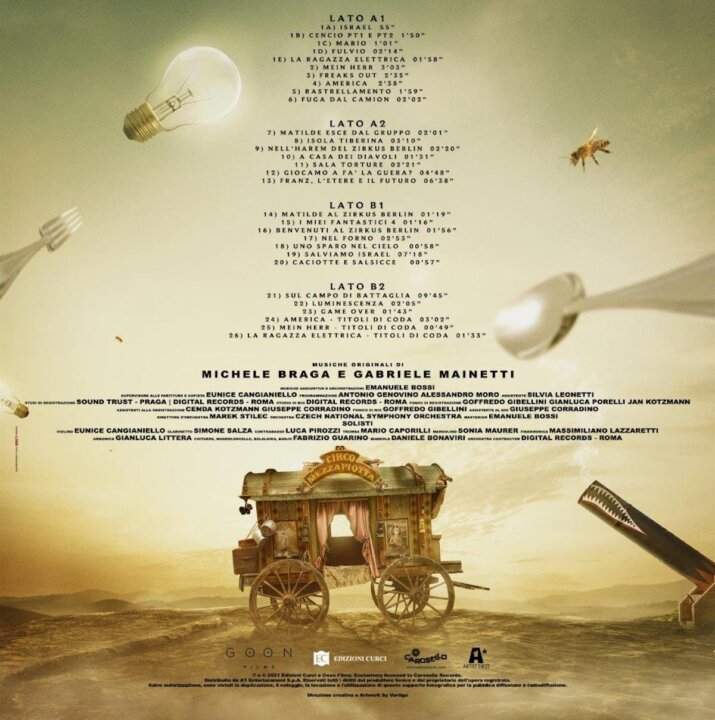