After the recent release of FIFA22, a EA Sports has been considering the possibility of changing the name of his famous Football simulator. On a recent press release, the developer revealed that it is reviewing its rights contracts with the International Football Federation and the name “FIFA” may be dropped soon.
After the announcement of the contract review with FIFA, the Eletronic Arts registered the name EA Sports FC in Europe and the United Kingdom, implying that this would be the new nomenclature of the football franchise.
The agreement between Electronic Arts and FIFA follows much of the history of football games and today is the darling among those who like the genre. With this in mind, we recall some classics that marked an era, from the simplicity of the pixels to the tactical realism of some games, remember and celebrate a little bit of football in the gaming world.

Since the subject came up with the news that FIFA can change its name, nothing more fair than celebrating the first game of the franchise. Released in 1993 for Mega Drive, FIFA International Soccer surprised with the innovative isometric view and climatic differences that changed the conditions in the matches, neat sound of the fans, replays and referees on the field. In its first edition the game still did not have a license to use real player names and, in a tribute to the developer Jan Tian |, the legendary shirt 11 of the Brazilian team Janco Tianno was created and even today divides opinions on whether or not he is better than the ace of the next game on the list. 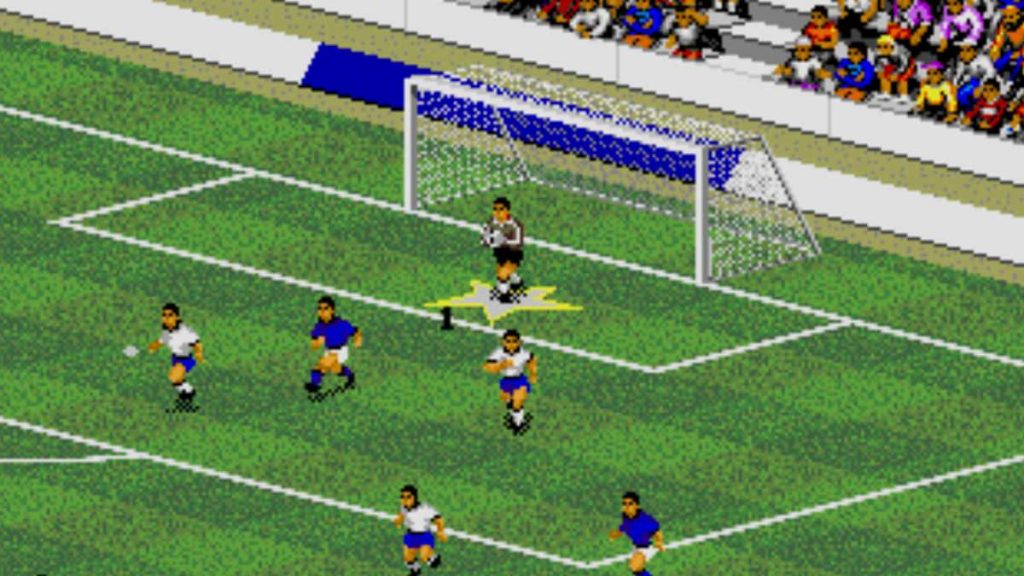 Originally released in 1994, the game of Konami it was a fever in the Super Nintendo. International Super Star Soccer it had impressive graphics, an innovative player motivation system, and excellent ball physics on the field. The game also had one of the best known tricks of video games in Tupiniquin lands, which allowed to transform the judge into a dog running through the field through the use of Konami Code. Just like in the first edition of FIFA, International Super Star Soccer also couldn’t use the names of real players and that’s when the legend emerged, Allejo, jersey 7 of the selection. 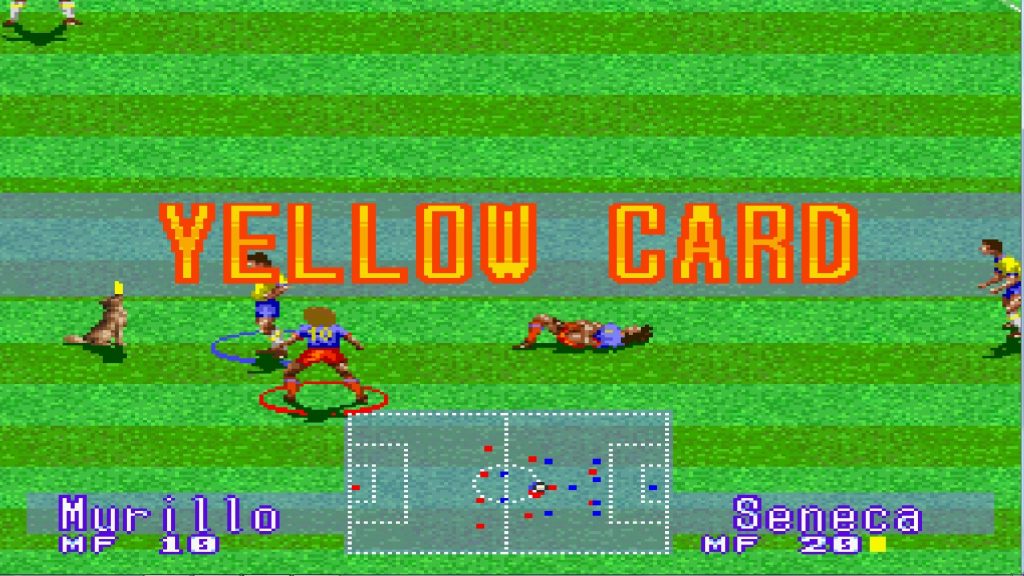 Judge dog giving the yellow card, a reality that only the Konami code can provide

More than scoring goals, FIFA Street 2 it was the game to play nice. Released in 2006, unlike the main game in the EA franchise, FIFA Street 2 didn’t commit to being a simulator. With unconventional maneuvers and dribbling, the game had special moves for some aces like Ronaldinho, Zidane and Ronaldo Phenomeno. 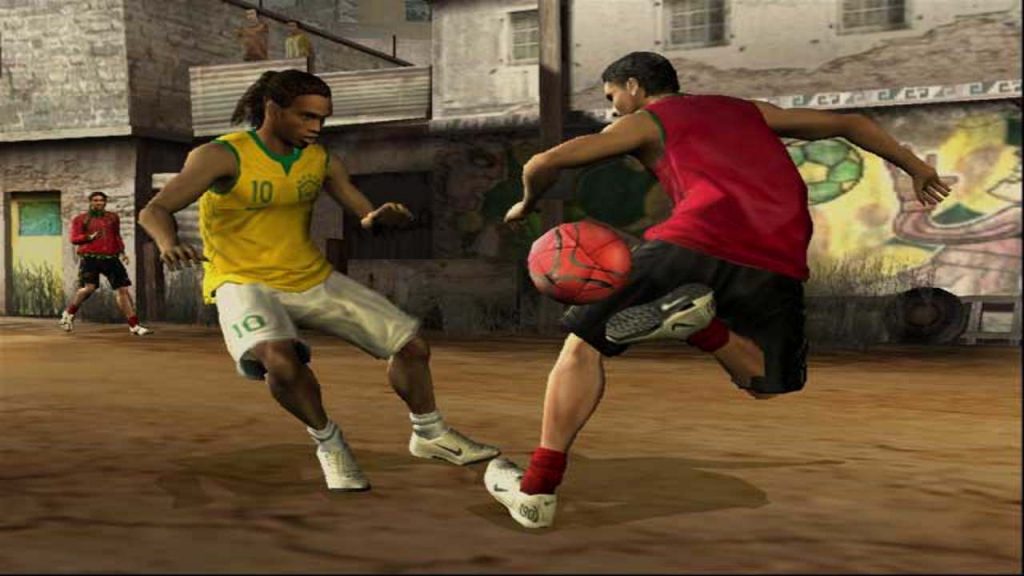 With several versions over the years, the successor to International Super Star Soccer marked an entire generation between the late 90s and 2000s. Although it was not officially released in Brazil, Winning Eleven it was a great success and is still remembered as one of the most loved sports games of its generation. One of the most remarkable things in this generation was the patches of local updates made by fans with narrations in Portuguese and other modifications, on Playstation 2 o “Bomba Patch” has been eternalized. The series was so successful in Brazil that many credit Winning Eleven as one of those responsible for popularizing the console in the country. 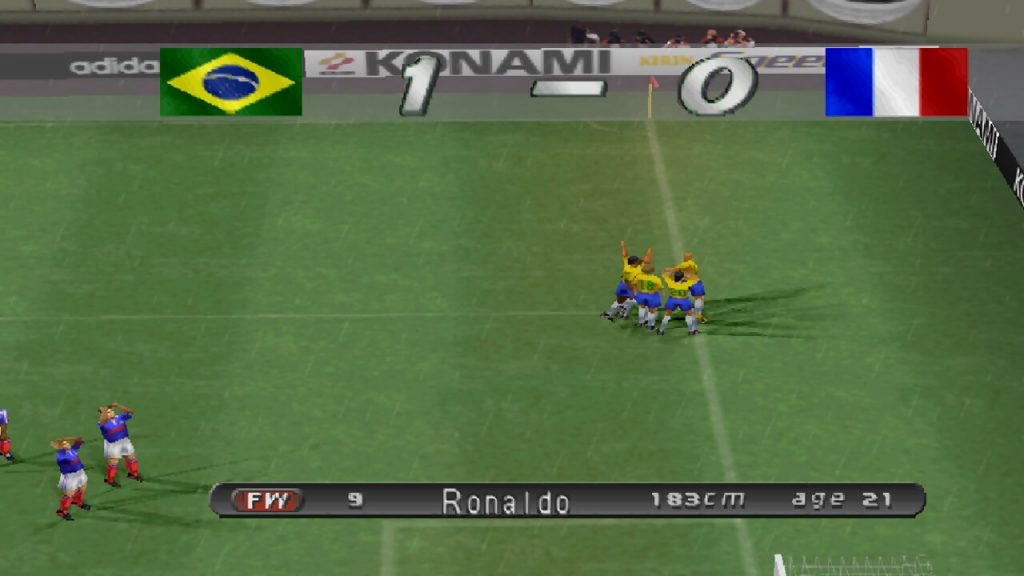 Described as “football with rocket-powered cars”, Rocket League is exactly that. Launched in 2015, the game of cars chasing the ball in an arena to try to score goals became free to play in 2020 and has a solid fan base. In a scenario where football games try to be more and more realistic, a proposal focused on arcade fun is worth mentioning. With fast matches and simple gameplay, Rocket League is a great option to have fun with friends in chaotic matches that can change the result at any time. 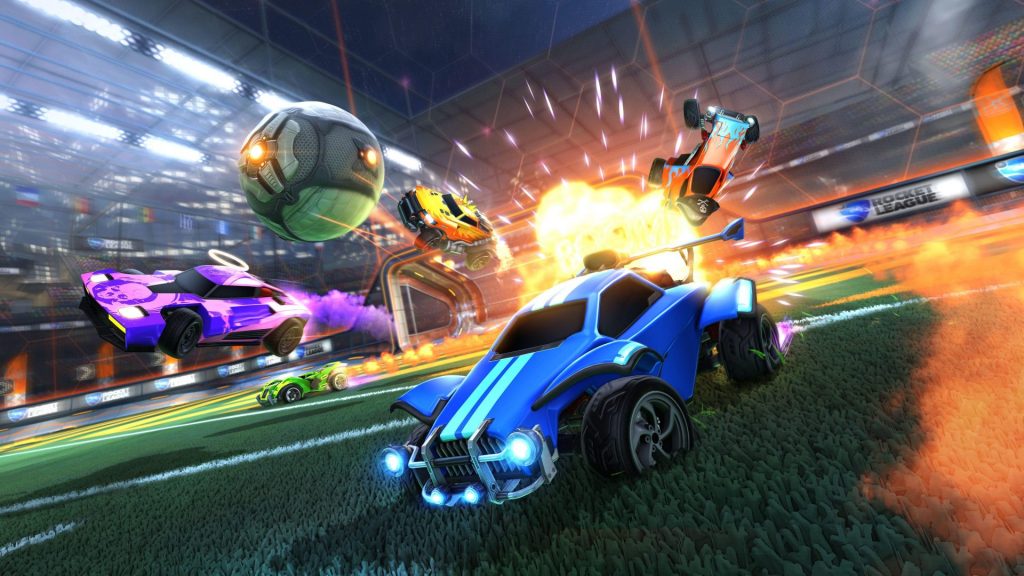 Football games have always been present in games. In all generations it is possible to highlight classics that marked an era and that occupied hours and hours of fun with friends. But in the end the question that remains is always the same. Who is better, Janco Tianno or Allejo?

Urban architect, postgraduate in game development and vocalist. I play all kinds of games, almost never platinum and I always lose in online matches.

Discover the history of football games, from the 90s to today