Play a game and share the video experience with thousands of people: that’s what gameplay is all about.

The term in English can be translated as “gameplay”, but it also means a style of video that has been very successful, in which a user films their screen while playing a game.

If, in addition to being a spectator, you want to become a gameplay producer, know that with some basic tips it is possible to create a channel to share these moments.

Next, learn 5 steps to make your own gameplay channel!

Choose a game to play

The first step in starting a gameplay channel is to define which game you are going to film and share with others.

In this sense, there are two possibilities: you can choose a style or a game that you already know and feel comfortable with, or you can opt for a hot game to take advantage of the title’s popularity.

In either case, it’s crucial to keep in mind that it’s interesting to choose a game that you have some affinity for. This will make your recordings more fun to capture, and more dynamic for those watching.

To make your own gameplay channel, you need to have a tool capable of recording what’s happening on your screen.

Although there are several names on the market, one feature that has caught the attention of users is Wondershare UniConverter.

UniConverter is a very complete video tool. One of its features is the screen recording high-quality. Just give the “start” for the program to start recording. 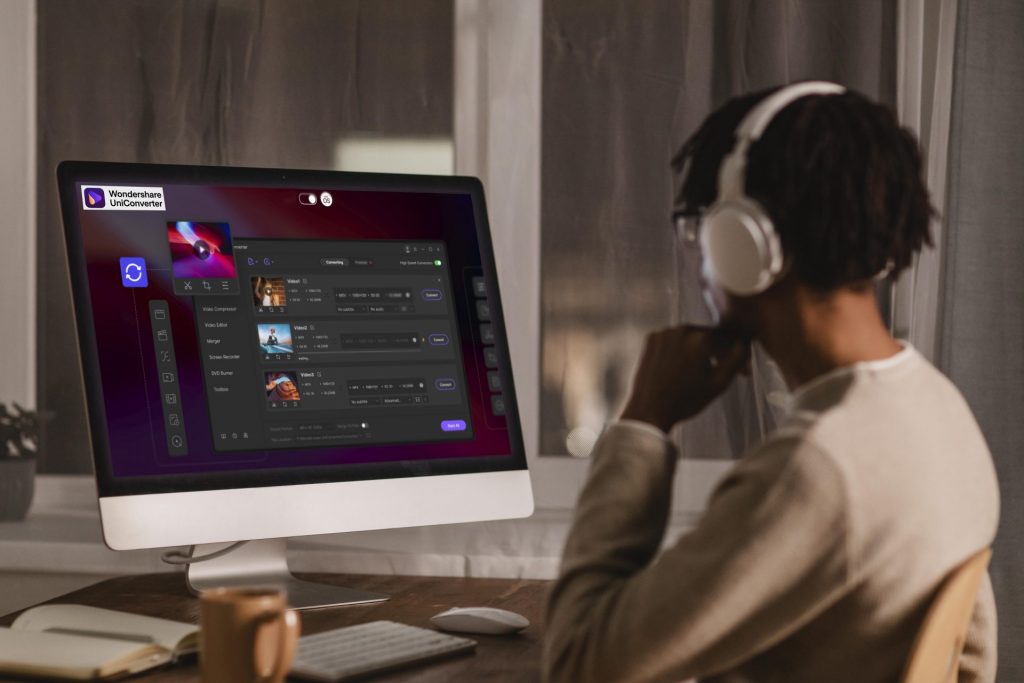 In addition, you can also use other features of the UniConverter, such as the YouTube video download space or the area for converting file formats.

After recording the screen with gameplay, the work is not over yet! Of course, you can share a game recording the way it was made – but it’s a lot more interesting when the content producer edits the video.

So, after capturing the gameplay, use the base file to make some edits. You can make cuts, highlight some moments or phrases, insert a soundtrack, whatever.

Several programs allow you to edit video and UniConverter itself, mentioned above, has a specific area for basic editing. With a good dose of creativity, your gameplays will get even better.

With gameplay material recorded and edited, it’s time to share everything you’ve done with others!

with wax 2 billion monthly users, YouTube is one of the best platforms for sharing gameplay. This is because, in addition to having areas dedicated to games, this is where many people search for certain titles.

Creating a YouTube account is very simple, but it’s important to pay attention to details, such as the cover, description, thumbnails of the videos, anyway. The more dedication you put to channel elements, the greater your chances of attracting the audience.

Think of other platforms

When it comes to making your own gameplay channel, most people think about creating YouTube-focused content.

However, it’s interesting to keep in mind that it’s not just YouTube as a platform – there are other sites that can be just as profitable or more profitable.

A good example is Twitch, a gameplay platform that thousands of players use (and manage to earn money). Including one of the most watched Twitch channels worldwide it’s from a brazilian.

Facebook Gaming can also be an interesting way to make your gameplay broadcasts.

One tip is to create accounts on different platforms to test your differentials and see the one that gains you the most popularity. Thus, it is possible to focus efforts where your channel yields the most.

Gameplay as a source of fun and income

For a lot of people, playing a game is fun and relaxing. But in addition to being a source of fun, many people are finding that making gameplay can be a source of income.

That’s because both YouTube, Twitch and Facebook Gaming give cash bonuses to users who reach higher viewer numbers.

So, now that you know the steps to making your own gameplay channel, think that the game can be more than a fun experience. Let the games begin!

5 steps to make your own gameplay channel