“Escape Room 2”, “Spirit”, “Relentless Revenge” and “Cry Macho” are added to the current programming in theaters of the city.

The billboard of the Mar del Plata movie theaters is renewed this Thursday with four internationally acclaimed films and critically acclaimed: they are added to the current programming “Spirit: The Indomitable”, “Relentless Revenge”, Escape Room 2 “ and “Cry Macho”.

The movie theaters in Mar del Plata They continue to operate under health protocols as a result of the covid-19 pandemic. Each function is carried out within the framework of the “new normal” after the reopening that the national government authorized, to which the government of the Province of Buenos Aires joined and which is maintained due to the improvement of the epidemiological situation.

It is in this framework that “Spirit: The Indomitable”, “Relentless Revenge”, Escape Room 2 “ and “Cry Macho” They join the program and renew the Mar del Plata movie billboard. Tickets at $ 420 can be purchased through the online sales system or at the ticket offices of the theaters.

It should be remembered that due to the situation that governs the covid-19 pandemic, in the Cinemacenter theaters the functions Cinema in Mar del Plata are carried out in compliance with health protocols. For this reason, the people who attend the day of the function must respect the use of a nose mask, sanitize their hands with alcohol gel and respect the bubbles with close contacts.

Synopsis: It is an epic adventure about a tenacious girl looking for a place to belong and call home, who discovers her soul mate when her life crosses that of a wild horse: Spirit. When a ruthless cowboy and his henchmen plot to capture Spirit and his herd for auction and sentence them to a life in captivity and hard work; Lucky convinces her new friends and, gathering all their courage, they embark on what would be the adventure of their lives with the aim of rescuing the horse, which has taught him the true meaning of freedom and the meaning of his life, as well as helping her discover a connection that she would never have imagined with her mother’s legacy and her Mexican roots.

Synopsis: A bank robber turns himself in to the police because he has fallen in love and decides to start leading an honest life. When he discovers that the feds are even more corrupt than he is, he will be forced to use all his ex-marine tricks to clear his name.

Synopsis: is the sequel to the blockbuster psychological thriller that horrified audiences around the world. On this occasion, six people find themselves “by chance” locked in another series of escape rooms and will gradually discover what they have in common to survive and realize that they have all played this game before.

Synopsis: A former rodeo star and abandoned horse breeder, Mike Milo accepts the job of a former boss in 1979 to bring the man’s young son home from Mexico. Forced to take the back roads on their way to Texas, the unlikely couple are faced with an unexpectedly challenging journey, during which the world-weary rider finds unexpected connections and his own sense of redemption. 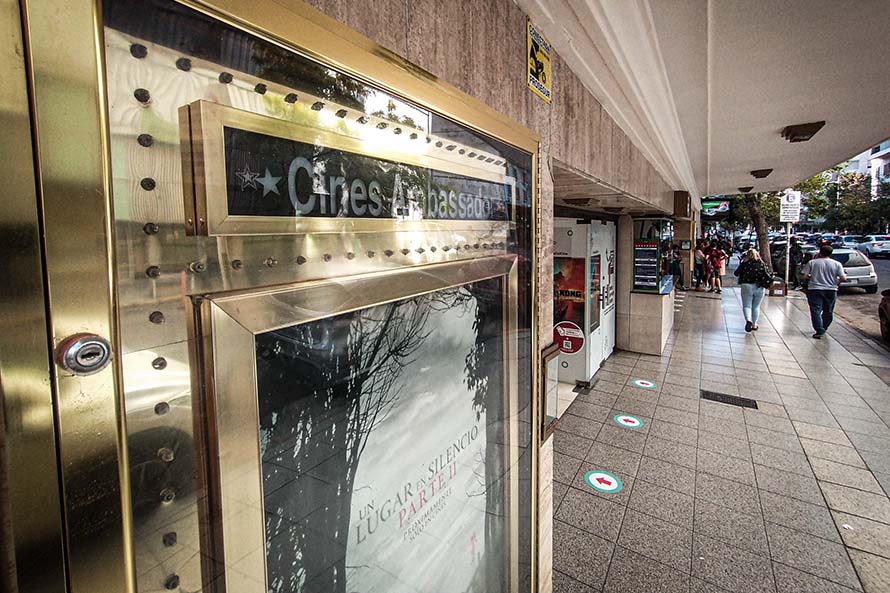 Many Thanks To The following Website For This Valuable Content.
Four film premieres in Mar del Plata renew the billboard